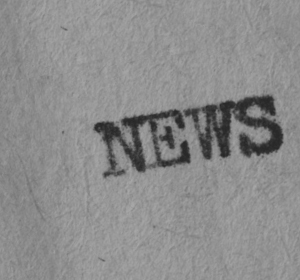 President of Cookeville/-Putnam County Chamber of Commerce, George Halford, and Economic Development Coordinator Stephen Crook addressed the Sparta Board of Mayor and Aldermen during a June 5 meeting about Highlands Initiative, a tri-county effort to accelerate economic and community development.

Despite Halford’s claim that “the jobs are coming,” the board questioned the effectiveness of the program on Sparta and White County.

“I’ve spent many years at Tech and I love Tech, but we’ve got Vol State in Livingston, we’ve got Motlow—which actually has a small site here in Sparta—we have Nashville State—all of those are junior colleges,” Officer said. “I really don’t see a lot of information on junior colleges.”

Although the Highlands Initiative’s effect on the Upper Cumberland had been discussed, the board wanted to know what impact the initiative had on Sparta and White County specifically.

When Halford brought up the recent H.O.G. rally as an effort to bring more traffic to Sparta, Alderman Dr. Chad Griffin questioned the rally’s effect on Sparta.

“What did the H.O.G. rally do here?” Griffin said. “I’ve had a couple of people complain to me saying, ‘Are you going to have more people have a H.O.G. rally down here?”

Halford said gravel roads prevented a planned Sparta site from being in the route. Halford also stated Highlands Initiative wants to be more involved with Sparta and White County and create jobs.

“There’s a slight economic reduction in funding for the Highlands,” Young said.

In other business, the mayor and Police Chief Jeff Guth recognized Lt. Robert Hall for 41 years of service at Sparta Police Department. Hall was presented with a gift from the mayor and the board.

In other business, Young announced Sparta has been awarded a $250,000 grant for housing.

For departmental reports, Fire Chief Kirk Young said several fires had occurred in the past weeks, including a structure fire on Gaines Street.

Chief Young also reported the fire department will be present at Walmart’s 30th anniversary celebration, on June 12, with fire prevention pamphlets for children.

The board also reviewed hiring and volunteer recommendations. For the public works department, Jonathan Qualls was recommended for the position of street laborer. The board approved Qualls for this position.

For the police department, Nicholas Hallums was recommended for the position of police officer. Hallums was approved for this position.

For the fire department, Cody Wilson was recommended for the position of volunteer firefighter. Wilson was approved for this position.

Other items included on the agenda included:

For complete visitor information on Tennessee, call 1-800-G02-TENN or log on to tnvacation.com.